About Humic and Fulvic Substances

Asthma and lung infections on the rise in all age groups. Asthma is a chronic inflammatory disease of the airways. When not diagnosed or properly treated, asthma can lead to a host of social and financial problems. Hospital studies show that the common cold and related bronchial asthma and respiratory illnesses from infection, can be rapidly cured when patients are treated with fulvic acid. Especially pleasing to parents is the powerful and immediate effect this therapy has on young children. Erchuan Wang et al, Humic acid, 3 (1991)

New research by Dr. David L. Hahn of Dean Medical Center, Madison, Wisconsin, shows that pneumonia related respiratory disease and acute bronchitis caused by chlamydia pneumoniae appear to be the cause of most asthma. His recent studies show that asthma patients have been found to have a high level of antibodies for chlamydia pneumoniae, which seems to be a common denominator among asthma sufferers. Dr. Hahn believes that chlamydia antibody detection can be an effective tool in diagnosing asthma.

In hospital studies, profuse otherwise unstoppable bleeding of the mucous membranes of the nose, mouth, throat, bronchial and lung areas, related to acute respiratory and viral infections in patients with tuberculosis, heart failure, leukemia, and other serious diseases, were successfully stopped with fulvic acid therapy. Suchen Cao, Jiangxi Humic Acid, 3 (1993) Extensive research of HMO studies conducted from 1967-1987 showed that “prevalence of asthma increased steadily and significantly…in both males and females in all age ranges.” These findings were reported in the April 1998 issue of the American Journal of Respiratory and Critical Care Medicine. Although the data in those studies does not go beyond 1987, the researchers found that “more recent national data suggest that these increases are continuing.” The weight of the evidence for an ongoing rise in asthma, they conclude, “is growing steadily.” Hospital studies showed that serious and acute cases of chronic bronchitis were better treated and cured with fulvic acid (96.77% cure rate) that worked significantly better than conventional drug therapy. Symptoms of inflammation, 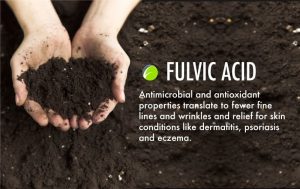